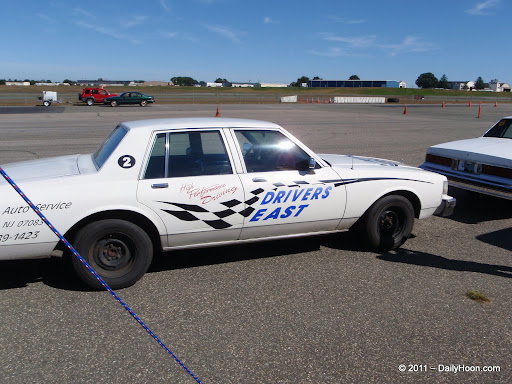 It was around 7 o'clock at night on Monday the 3rd when I got a phone call from Mike Burke of Drivers East High Performance Stunt Driving School. He asked if I am available on short notice to take part in the 2 day school they ran off an airstrip in central NJ. Of course I said yes, I wasn't about to miss an opportunity for seat time regardless of the discipline. He called back the next day to confirm they had set up the course for the 6th & 7th, and I was all in. Luckily I only live around an hour and a half outside of the school so travel wasn't an issue.
It was a brisk but super clear and perfect day on the 6th when I arrived at the parking lot to find 3 retired Police Lumina's fired up and waiting for some smokey tires. Of course I was over zealous and amped to jump right in and drive but we had to cover all the standard driving school protocol, there has to be at least one "classroom" session for it to be a school... Right?
Purpose of the 2-Day Stunt School:
This was different than our Dirtfish experiences in a lot of ways, and it's very hard to say whether or not one was better than the other, however at Drivers East, there are only 4 options of schooling. The 1-Day course, the 2-Day course, the Level 2 course, and a Refresher course.
1-Day Introduction : $1,300
Level 1: 2-Day course : $1,975
Level 2: Graduates of Level 1. $?... inquire with Mike.
Refresher Courses: $695 that's for 'graduates' of the level 1 course.
The main purpose of any of the above options is to teach students how to "hit a mark" consistently and safely. This is a school run by stunt drivers for stunt drivers, for Movies, Film, Print, TV, you name it, that's what they're teaching you. They're also teaching car control on a grand scale.
The Cars:
We got to drive 3 different cars while attending this school, the Police Lumina, the Police Caprice (shown in the video), and a small stint in a Toyota Corrolla (kind with the auto choke seat-belt).
The cars were nothing special, but they were more than perfect for what we were doing with them.
The Lumina's had "live" E-Brake pedals, meaning you don't have the locking mechanism on it any more, no handle to release the brake or stroke to the floor to release it. It's on or off, awesome...
The Caprice's were straight out of the Blues Brothers, cop engine, cop shocks, cop brakes... you get the idea... The big fun with these was they were retro'd with hydraulic E-Brakes on the floor, a separate master cylinder for it means a ton more pressure than the standard cable set up can give.
The Toyota was a fun under powered... toy... We used this only once for a competition. How this car differed from the other, besides having a much smaller engine, they had hand-activated E-Brakes. My Toyota was straight from a girl at Monmouth college, beads dangling from the mirror and all...
Instruction:
The instruction that was given from Mike, Roy and the rest of the crew was top notch. They all know what they're doing and there's a really good chance everyone of us has seen them drive, and not even know its them. They've been in movies and TV and magazines for the past 30 years and have been in many of the films we watch.
The day started with an introduction to the course (track walk, course walk, whatever you call it) followed by an overview of the cars, and then what we'll be learning. The 'classroom' sessions were very short, informative and to the point, the best kind of classroom experience I've had since skipping class in college...
The first day is spent learning the basics of car control with that added flare for the movies...
-Forward Slalom
-Use of mirrors/reverse slalom with mirrors
-Braking
-Threshold braking
-4 wheel braking
-Braking to a mark
-Forward 180 left
-Forward 180 right
-90 right
-90 left

The Second day was even more fun, it compounded on everything we learned and we began to really start using aggressive maneuvers...

With all the driving schools and racing labs all around this country, it's hard to say: "Where do I spend my money"? If anything is going to be taken from this review, it's the honest opinion I have about seat time... "Ask any racer... any real racer"... FnF quotes aside, seat time is the golden goose of all things motorsports. And to save you from having to scour this review for in-depth insight and the like...

If you want seat time, go to Drivers East.

As far as bang for the buck goes, Drivers East delivers, There's a total of roughly an hour and 20 minutes that you're not in the car, behind the wheel, driving. One hour of that is lunch...

They're not the fastest cars, they're not technological marvels, but this school did more for me in two days than probably 5 years of behind the wheel everyday driving and parking lot play. It's parking lot play with instruction from some of the best players in the game. 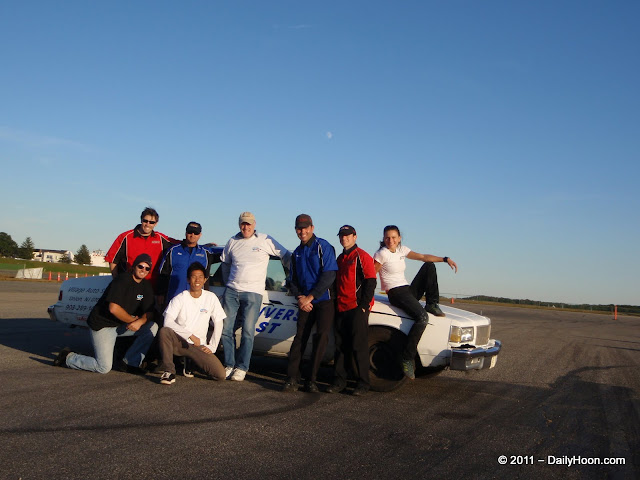