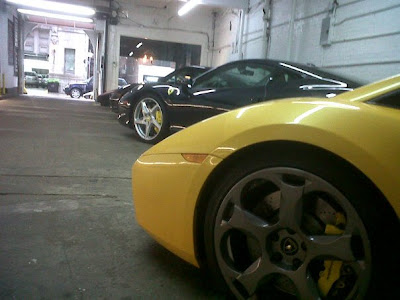 We at The Daily Hoon are open to any and all worthy submissions. The idea behind this site is to document all levels of motorsports and hooning; be it at races, auto-shows, or just the every day drive around town. One of our friends  JBH1126 is lucky enough to be interning at both Lime Rock Park and the Classic Car Club of Manhattan. He offered to document his summer for us and we couldn't say no. Every week or so JBH will provide updates with new photos and behind the scenes info of his motorsports summer. Enjoy his third update:

As usual I kicked the week off at Lime Rock, making marketing magic happen. Anyone in Manhattan on July 5th should come down to Seize Sur Vignt in Soho to check out a special event promoting ALMS at Lime Rock. We'll have a few race cars and drivers there to spice things up, it should be really good. The highlight of the week at Lime Rock was quite a highlight indeed. Myself and the rest of the marketing folks went down to the infield for lunch, for some classic hot dog stand fare with the Skip Barber instructors and lucky students. As we finished eating, my boss, in passing, mentions that we should see if we could get a hot lap or two in with one of the Skip instructors at the helm. Not five minutes later I'm sitting in the back of an IS-F...(I apologize for the quality)


I've memorized the commute to Lime Rock now, so the task is just to identify and avoid all of the hiding places for the 5-0. I'd have some serious legal problems if not for my Valentine One radar detector. 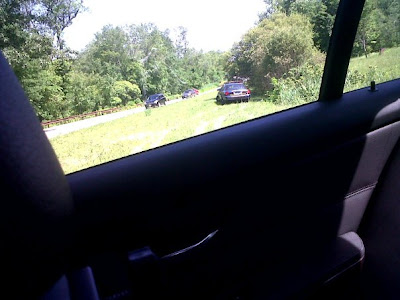 The second half of the week was again spent at the Classic Car Club of Manhattan. I've sort of noticed a pattern, and I really should have expected it. Every car I drive I end up liking so much more than I thought, and have a totally new respect for. The Mustang RTR, which I spent the evening on Thursday in, ferrying French tourists up and down the West Side Highway for an event, is so awesome, and such a blast to drive. Ford really did a great job with their "Ford Racing" exhaust system, it's got all the pops and burbles a muscle car should have, as well as an almost intoxicating hollow growl under power. 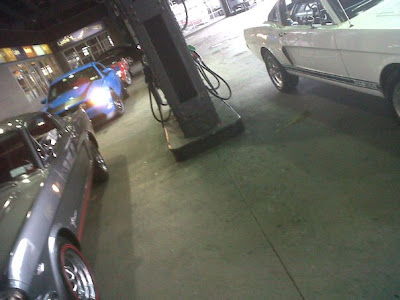 I also got to experience the Audi RS4: such a perfectly simple car to use. At the risk of sounding blasé, after driving some of these old Mustangs and Porsches, it's somewhat comforting to get into a car like the RS4, with all it's modern day accoutrements, not to mention the potent 420 horsepower under hood. 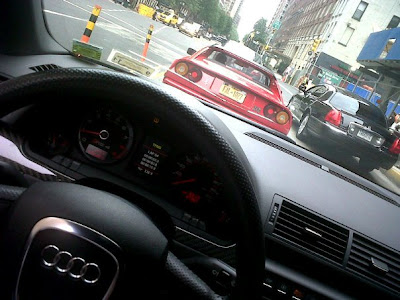 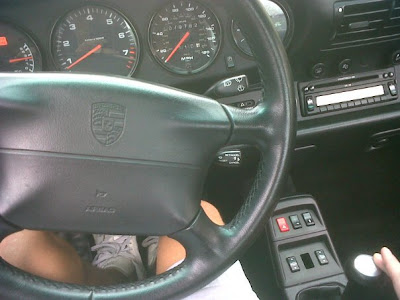 After being sent out for a 40 block test drive in the '66 Mustang Shelby GT350, I understand much more about why people love old American iron so much. Although the old muscle cars do attract more attention from old men than from cute girls, it's more about the history, and the brawny sound, and the sleek unmistakably "old Mustang" design. I love it, even though I end up stalling it more often than I'd like to admit. 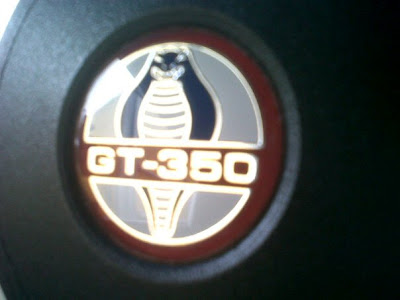 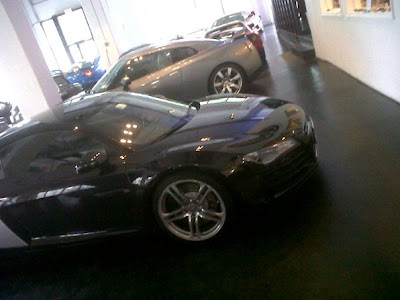 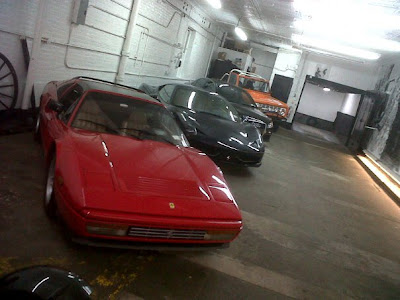 The five sports cars in the first photo are Gallardo, 458, Porsche Turbo, Ariel Atom, and a Ford GT outside.

That's all from JBH for now. Have a great weekend everyone.
Email ThisBlogThis!Share to TwitterShare to FacebookShare to Pinterest